In-Car Entertainment: A tribute to formats gone but not forgotten

This week, I’ve found myself in conversation with fellow colleagues about the future of in-car technology and what new features we might be seeing in the next 10, 20 or even 50 years.

Between us we’ve even decided that the clutch pedal will be non-existent on new cars by 2025 – check back in 10 years to see if we were anywhere close.

In the world of automotive communications, we are always looking for means of championing our clients’ in-car technologies. Be they something new and innovative – even futuristic – or an evolution of existing technology, we help tell that story.

Then we come across that press release we did a few years back and realise how defunct that technology has already become. Progress never sleeps and the rapid flow of information around the world and the constant demand for more innovation and stand-out products means that old systems die hard.

So with Apple’s CarPlay now being rolled out and a new era of Smartphone compatible systems creeping into every new vehicle off the production lines, I’d like to briefly pay tribute to five in-car entertainment technologies that will probably soon disappear into the annals of automotive history.

See which ones you’re still familiar with. 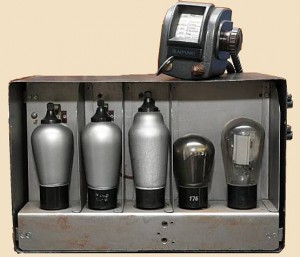 In 1932, Blaupunkt introduced the world’s first car radio – the AS5 – and then the next big technological leap wasn’t until 1952 – 20 years later! – when Blaupunkt brought out the first FM radio.

The following year, Becker Autosound launched the first ‘premium’ in-car radio with both FM and AM and an automatic station-search button. Fancy!

Hardly a technology in decline, radio has continued to evolve with many cars now featuring DAB systems. However, radio-only head-units faded out with the introduction of other formats from the 1950s. 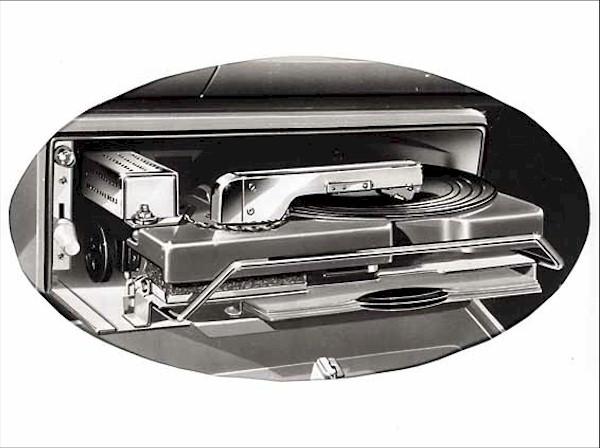 In 1955, Chrysler kick-started the in-car record revolution with the ‘Highway HiFi’. The system used a new format of record. Despite looking like standard 7” 45rpm, they were actually designed to spin slower at 16 2/3 rpm, combined with ultra-microgroove (more grooves per inch) to give a playing length of almost 60minutes.

Philips also introduced their own record player in 1960 which played standard 7” 45rpm records. Beatles members George Harrison had one custom-fitted into his Jaguar and Paul McCartney in his Aston Martin DB5.

The format never really took off – let’s just say it was a shaky start! – and with all the potholes on UK roads I think I know why. 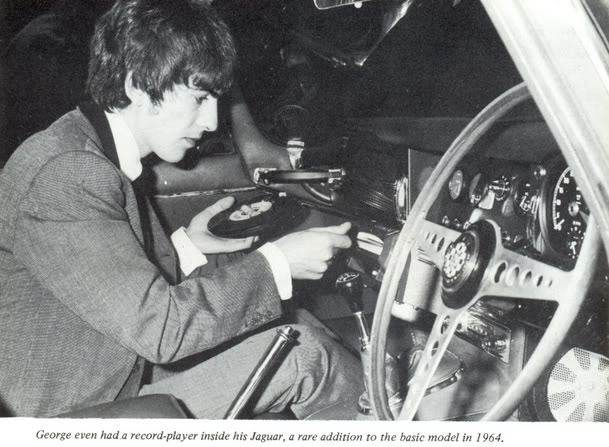 Not so prevalent in the UK, eight-track cartridges were popular in the United States from the mid-1960s until the late 1970s when the compact cassette tape took over and the format quickly faded out.

Pre-recorded cassette tapes had an enduring popularity for being compact, light and apart from the odd one being chewed through, fairly reliable. Recordable cassette tapes also kick-started a revolution in the ‘road trip playlist’.

Despite CD head units appearing in the 1980s, cassette technology happily co-existed with the digital disc until CD began to dominate in-car stereos in the late 1990s. The last cassette player to be offered in any new car was 2010.

Despite the commercial Compact Disc player being introduced in 1982, it took two years for the first factory-installed in-dash CD player to make an appearance.

As CDs became increasingly popular in the 1990s, the technology developed with head units capable of reading CD-RWs and MP3-CDs as well as DVD functionality appearing.

Thanks to the rise of the iPod and other MP3 players which connect via USB or smartphone, new car dashboards have been appearing since 2013 without the disc-shaped hole. It’s expected the format will be phased out completely within the next three to four years.

Launched in 1992 as a successor to the audio cassette, MiniDisc was a cartridge housing a small disc that could hold up to 80minutes of music.

Although loved by many as the ultimate in-car format, MiniDisc eventually lost favour to cheaper recordable CD-Rs. Combined with the Personal Computer boom it was easier for consumers to burn CDs at home than record MiniDiscs and pre-recorded MiniDisc albums never took off in popularity.

The format disappeared from cars by the mid-2000s with the last portable player sold in 2013.