For me, getting my first car was an exciting thought; however, it wasn’t until two years after I turned 17 that I was actually was motivated to learn to drive and get myself a car.

Although I never put much thought into understanding why this was the case, it seemingly has become the norm for the millennial market and car manufacturers are starting to fret that young people – the car buyers of tomorrow – are falling out of love with their products.

More and more young people are growing up and deciding to go into higher education; that means that the amount of student debt that exists is growing everyday – believe me, I know!

People are prioritising what they spend their money on and, with most students spending their summer working to pay for their studies, the time and money left for driving lessons is scarce.

For those who have undertaken the expensive and time-consuming driving test, buying and running a set of wheels is the next hurdle. On average, a five-year old supermini will set you back around £5,000 and the insurance for a teenager will command a similar amount again. Opting for an old banger is one way to save money on the purchase cost, but these can be unsafe and unreliable and subsequently end up costing more in the long term. 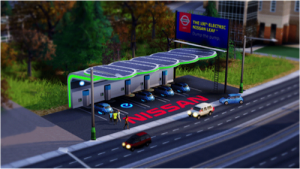 In order to combat this increasing trend, car manufacturers have had to be innovative about how their products reach the younger audience. Nissan injected youth appeal by gamifying the Leaf electric car with the city-building computer game, SimCity. Players of the game have the ability to drive the cars and charge them at a Nissan Leaf Charging Station. Influencing young drivers through a platform aimed squarely at their demographic is a sure-fire way of generating awareness around the product and brand, particularly among those who might prioritise owning the latest tech over their next car purchase. 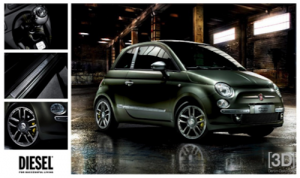 Fiat isn’t resting on its laurels with its popular 500 city car either. It’s targeted the younger driver (albeit the younger driver with expensive taste and generous parents) by collaborating with fashion designers such as Diesel and Gucci to create special edition 500s, giving them a design-led edge and bringing them firmly under the nose of the fashion brand-loving youth!

However, not everyone has the blessing of the ‘bank of mum and dad’, so car manufacturers have had to investigate new ways of selling cars.

Personal Contract Purchase (PCP) schemes allow the car buyer to pay off a small amount of money each month towards the cost of the car, like a smartphone contract, rather than in one unaffordable lump sum like the old days.

These are proving popular; according to statistics, only 38 percent of car financing deals in 2006 were PCP, whereas now they account for 77 percent of all new finance agreements, according to Motor Finance Online. In line with the spending patterns of the younger buyer, the PCP scheme is just one way that the motoring industry has breathed a new lease of life into car sales.

Ultimately that, alongside brand creativity, is a step towards capturing the imagination of the next generation of car buyers.