Tips on how to steal the (motor) show

The automotive landscape is a changing. The traditional industry motor shows at Detroit and Chicago have taken a back seat to rival events from the technology sector so far this year.

The Consumer Electronics Show (CES) in January had car makers rushing to show off their hi-tech wares and now GSMA Mobile World Congress 2016, Europe’s biggest mobile technology fair, is being used as a platform by car brands.

Nissan creatively ‘unboxed’ its 30kWh LEAF electric vehicle at the event and Ford CEO Mark Fields used the conference to pledge that Ford would do for drivers what iTunes did for music fans as part of his firm’s evolution into a ‘mobility company’. 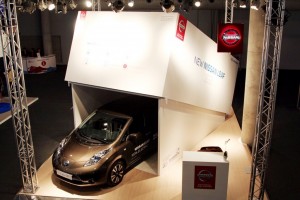 Amid these shifting sands sits the traditional focus point provided by the Geneva Motor Show. This should see normal service resumed, momentarily at least, as the automotive industry makes its annual pilgrimage to Switzerland. But with so much going on, you have to make a big noise if you want your news to get heard at a traditional motor show.

For all the tech talk, there are some tried and tested ways of stealing the show and here we remember five examples from some of the best exponents of the art…

Jaguar’s new F-PACE was the talk of last year’s Frankfurt Motor Show thanks to a moment of magic. Technically speaking it was out of show – on the eve of the automotive extravaganza – but it comprehensively hogged the headlines thanks to a unique combination of drama, jeopardy and sheer audacity.

To launch its first ever SUV, Jaguar masterminded a Guinness World Record-setting drive through a giant loop-the-loop. Not only did it leave the assembled media slack jawed in admiration, no mean feat in itself, but it perfectly showcased the new model’s lightweight construction and performance. Show comprehensively stolen. 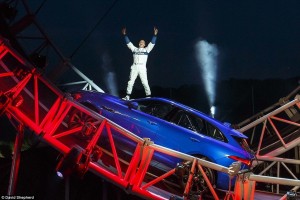 Using a famous name to help get your message across is nothing new, but done properly it works a treat. Land Rover took the traditional idea and ran with it at the New York Motor Show in 2013, to launch its new Range Rover Sport.

Daniel Craig was on hand to drive the vehicle onto the show stand, but not before first negotiating the crowded streets of Manhattan en route to the reveal. Closing roads in this iconic city ensured a suitably dramatic entry and, let’s face it, if you want someone to deliver a top secret British SUV, who better to choose than James Bond himself? 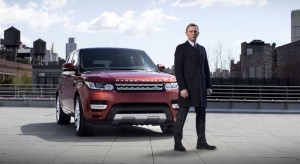 When Bentley took the wraps off its EXP 9 F Concept at the Geneva Motor Show in 2012 the gasps from the audience of assembled media were audible. That it looks nothing like the Bentayga it was meant to preview matters not one jot because, whether you liked it or not, Bentley’s SUV concept achieved its objective.

The bold design was the subject on everybody’s lips from the moment its silks hit the highly polished show stand floor.

In these days of teases, leaks and previews the appearance of the EXP 9 F was a genuine shock. We all knew Bentley was planning a 4×4, but this uncompromising design left the world in no doubt about the conviction behind its decision to go off-road.

Use the element of surprise

Porsche doesn’t really do traditional show cars – so when it reveals a concept everyone knows a production model probably isn’t far behind. That explains why the world’s motoring media went into meltdown as executives tugged the drapes off the 928 Spyder Concept at the Geneva Motor Show in 2010.

The fact it was done with so little fanfare, and promised to deliver so much advanced technology, made it the undoubted star of the show. Those looks didn’t hurt either. 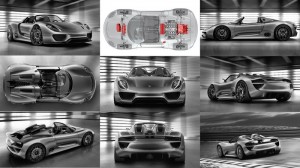 Stealing the show doesn’t guarantee success, as Dany Bahar’s extravagant time at the helm of Lotus proves. At the 2010 Paris Motor Show he presided over the ultimate in show stopping press conferences by combining all the elements above in a legendary moment of automotive indulgence.

No fewer than five concept cars were wheeled out in a frenzy of future product. The Esprit, Eterne, Elise, Elan and Elite would have been enough to sustain most car makers for a few years of show debuts, but here they arrived in quick succession with stars including model Naomi Campbell, actor Mickey Rourke and rocker Brian May helping to peel back the covers.

The new range failed to materialise, but Lotus was undoubtedly the talk of the show, despite the graveyard slot of its end-of-the-day press conference.