This month, we’ve worked with Masterati to help them launch a limited edition Maserati Cipollini BOND road bike. For those of you who know nothing about cycling, this is an expensive bike – it would normally cost around £4,500 but on this occasion, the one-off item is being auctioned and all proceeds will go to charity. 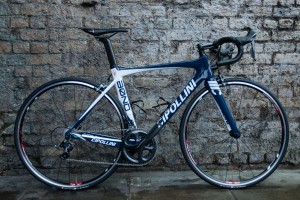 It got us thinking about other limited and special editions which seem to be particularly rife in the automotive industry. This could be due to a number of factors: given a new car is only released every six to eight years, undertaking a series of brand partnerships helps keep the brand front of mind. Additionally, it also helps these manufacturers target a new demographic, support an advancement in technology or help sell a run-out model.

Below are some of the more successful partnerships from the past few years. Citroën, Benefit Cosmetics and ASOS teamed up to create a range of cars based on the make-up brand’s mascara and lip-tint products. The cars and make-up were all available to view in an online car boutique on ASOS from which you could also book a test drive. The car allowed the brand to target a younger female demographic and it was displayed at the Clothes Show Live, which Citroën sponsored. Originally a concept car, the demand was such that it led to a series of less pink limited editions. The two brands created a limited edition “MiTo by Marshall”, featuring a bespoke sound system, distinctive gold panel finish throughout the car, Marshall badges and a microphone in place of the gear stick. Not strictly a limited edition, this concept car helped gain valuable column inches in target media for a seven year old car. To help the brand target more women, SEAT teamed up with the Spanish fashion retailer Mango to produce a new version of the Mii supermini. This car had its debut at a fashion event in Barcelona, allowing the brand to raise its profile among a whole new demographic. The Land Rover and Barbour tie-up is probably one of the more quintessentially British partnerships. There are a range of products from driving coats and holdalls to gloves and jumpers, not forgetting the traditional Barbour wax jacket. Keeping in line with the fact that limited editions allow brands to try out new things, the Barbour for Land Rover Rugby clothes line was the first clothing collection to be sold via Twitter.